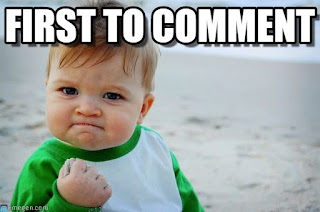 Popular posts from this blog

Introduction To A Disney Life, Week 1

January 16, 2020
A Little Bit About Me: -Major: Bio Pre-PA -Minor: Studio Art
-I am a junior -I studied abroad last summer in Italy
-I Have the most wonderful boyfriend in the world. We have been dating for almost 8 years! We started dating at the end of 7th grade.(Yes we did win cutest couple in high school.
(This was 2012 when we first started dating.) (This is not a wedding photo it was our 6 year anniversary)
-I am on my third round of listening to Harry Potter in less than a year -All I listen to is Disney music -I am in love with musicals! (Les Miserable, Little Shop of Horrors, Annie are some of my favorites) -Fun Fact: I saw the movie Annie (1982 version) so many times as a child that I thought that they were my memories and would scream in public places "I WANT MY REAL FAMILY!"  -One of my biggest dreams is to have kids and give them the most magical childhoods possible: I really want to take my kids to Disney World as much as possible in costumes that I will make them. In the hope…
19 comments
Read more

I used the same storyline but I turned it into a rhyme.


Once upon a time...
The city of Ceylon was oh so large
and the female Goblins were in charge.
There were no other creatures
and they had many disgusting features.
These she-goblins were often married
yet their husbands would soon be buried.
For not in the ground would they reside
but inside the stomach of their bride.
This means that they were often looking for new meat
little did the men know that they really should fleet.
For often men who ventured here never left
for the goblins would steal life like a theft.
One day a ship of 500 men crashed their shore
and the goblins welcomed them with an open door.
Soon these men had new wives
not knowing that they hungered to take their lives.
Unsuspecting were these men until
a man woke up against his will.
Through the window he saw his wife chewing
and he knew something bad must be brewing.
I…
2 comments
Read more